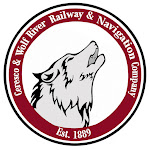 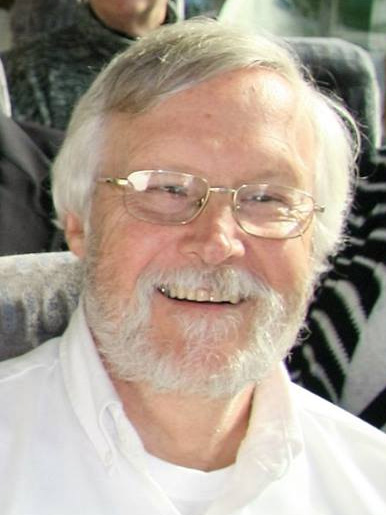 I've been busy at my computer drawing up a design for what will probably be the largest industry on my HO model railroad. "Armstrong Woolen Mill" is adapted from photos of a diorama by Mark Dalrymple. His photos are on the Worldwide Modeling Web site. The site offers hundreds of examples of world-class model railroading -- lots of ideas and inspiration. With all the great models to look at, it might take you a while to get there.

Back to Armstrong Mill. I wanted a complex that would be perched on a steep wooded slope and  include several buildings of different sizes, shapes, and textures. I chose white clapboard, board & batten, and brick (all from Clever Models) because light colors make buildings look larger, and because white would have been a common color for 19th-century buildings. I varied the foundation materials slightly from one building to the next, to suggest a complex that grew over time, instead of being built all at once. Foundations and roofs also came from Clever Models. Materials for the tarpaper lean-to came from Paper Creek's Randsburg Barber Shop kit, available in the downloads section of Papermodelers.com.

Working one building at a time from Mr. Dalrymple's photographs, I first laid out windows and doors using Tichy Train Group items. When the proportions looked right, I drew the edges of the walls, roofs, and foundations. It's all based on precise  L.A.R. engineering ("Looks About Right"), and I made some changes from Dalrymple's design.

One of the big advantages of working with Photoshop is that I can take a single texture sheet and change its lightness/darkness, contrast, and color to match a prototype structure or just to create a unique texture sheet.

I drew each building separately in Photoshop Elements, and then combined them all into the elevation drawings you see below. Creating the elevations was tedious but worth the effort, as it revealed a few problems I needed to fix. There are only two elevations -- south and west -- because the mill will sit in a corner of the layout with only these two sides visible from the aisle. I try not to spend time building and detailing things viewers won't be able to see.

Armstrong is the name of a long-time friend, Amy Armstrong, who knits, weaves, and spins wool. As a Scottish name, Armstrong also fits with one of the minor themes of my layout, honoring my ancestry. One of the two terminals on the layout is Scots' Landing, and the largest shipper there is McIntyre Marine, named for my grandfather.

I will eventually build the mill as a diorama and then incorporate it into the layout. It may be some time before I get that far, and the Mill might go through some changes before then, but so far, I'm happy with  the design. It's big and imposing, it sort of flows down the hillside, and it looks as if it were built piece by piece over time.

My layout is set in September 1943. The war has created high demand for wool socks, sweaters, blankets, long-johns, coats, and caps, and business is humming along at the Armstrong Mill. Workers -- mostly women -- arrive by train from neaarby towns. (I'll have to add a passenger platform to the complex.) Bales of raw wool come in and finished products go out  in boxcars several times a week. 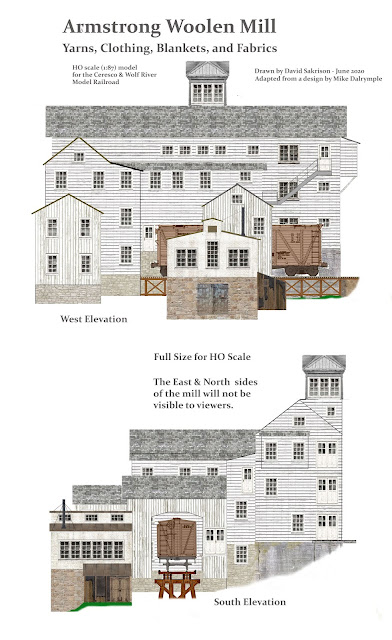 Posted by David Sakrison at 1:56 PM No comments: